Hearing loss in adults can either be inherited from your parents or acquired from illness, ototoxic (ear-damaging) drugs, exposure to loud noise, tumors, head injury, or the aging process.This loss may occur by itself or with tinnitus (ringing in the ears).

Autoimmune inner ear disease. This sudden-onset hearing loss is fast, dramatic, and should be medically treated as soon as possible. With swift medical treatment, the hearing loss from this disease can be reduced.

Ototoxic medications can cause hearing loss. Some drugs known to be ototoxic are:
Aminoglycoside antibiotics (such as streptomycin, neomycin, or kanamycin)
Salicylates in large quantities (aspirin)
Loop diuretics (lasix or ethacrynic acid)
Drugs used in chemotherapy regimens (cisplatin, carboplatin, or nitrogen mustard)
Very loud noise can cause permanent hearing loss. This is called noise-induced hearing loss. Listening to loud noise for long periods of time can damage the hair cells in the inner ear. Noise-induced hearing loss usually develops gradually and painlessly. A single exposure to an extremely loud sound such as an explosion can cause a sudden loss of hearing. This is called acoustic trauma.

Physical head injury can lead to traumatic brain injury (TBI), skull fractures, a hole in the eardrum, and damage to the middle ear structures, resulting in hearing loss.

Presbycusis is a sensorineural hearing loss that occurs gradually later in life. The condition affects hearing in both ears over time. Speech begins to sound muffled or unclear because the ability to hear high pitch sounds is thefirst to go. Rhyming mistakes can occur—for example, the high-pitched sound /t/ in the word tin is heard as /f/ in the word fin, causing confusion: “The roof is made of tin” is heard as “The roof is made of fin.”

Autoimmune inner ear disease. This sudden-onset hearing loss is fast, dramatic, and should be medically treated as soon as possible. With swift medical treatment, the hearing loss from this disease can be reduced.

Vr Speech And Hearing Clinic is one of the leading hearing aid dealers endowing range of exclusive hearing aid machines designed for enhanced natural sound. At Vr Speech And Hearing Clinic, you can expect to find pioneering digital hearing aid technology from leading manufacturers such as Siemens, Arhpi, Oticon, widex ,ReSound, Phonak, Starkey, Sonic, Unitron and much more. With a range of diverse styles and models in hearing aid machines with varying levels of advanced technology, our experts are seamlessly placed to elucidate the different types of hearing aid devices that are offered and how the world-class technology works so that the premium solution can be utilized for your hearing needs. Being amongst the top hearing aid dealers in Ahmednagar, our emphasis lies in making our patients feel contented and self-confident by wearing our hearing aid devices every day so that missing out on their desired sounds are an episode of the past. By caring for your hearing needs with our lifetime aftercare programme, we can make sure you’re getting the full performance from our cheap hearing aid solutions. Since we want our customers to enjoy clearer conversations through our cheap hearing aid, we offer extensive service, warranties, and help all at reasonable price. 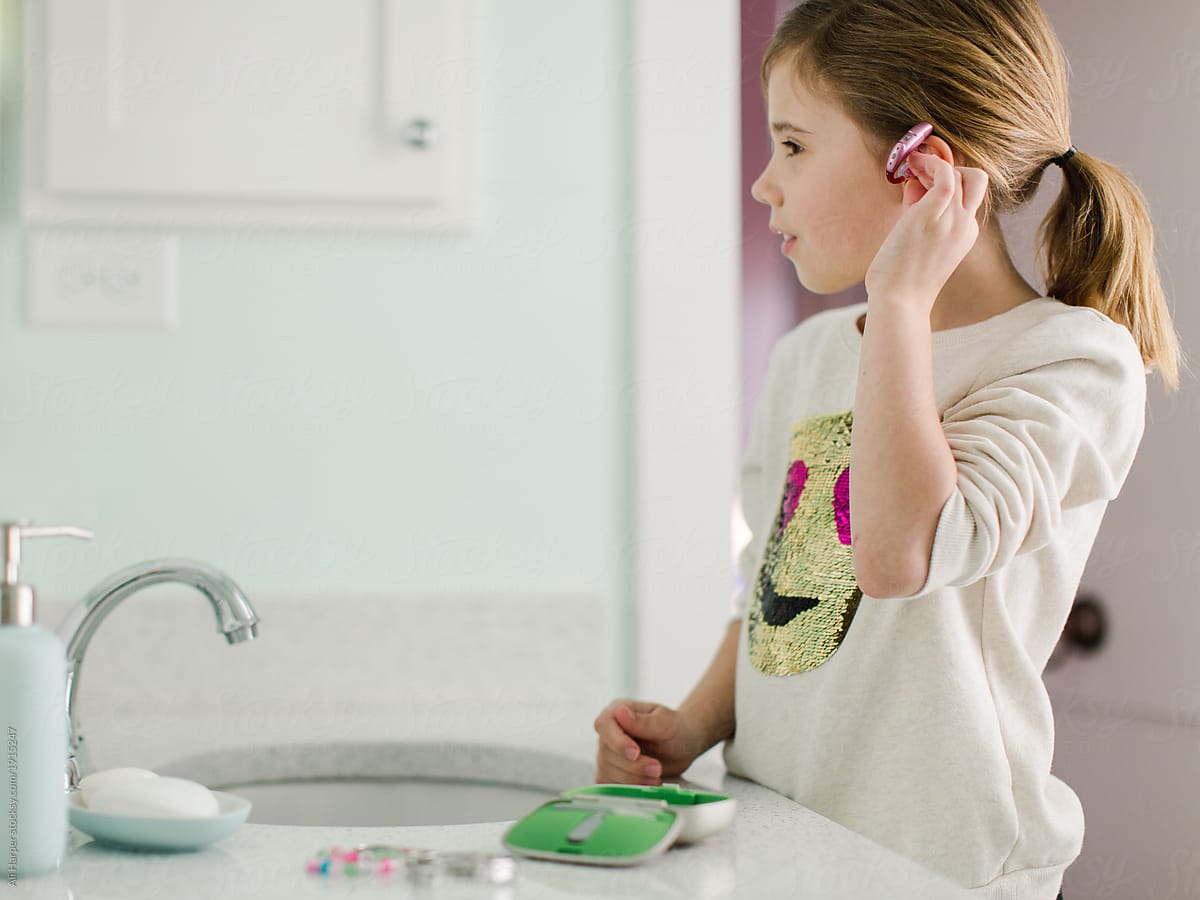 Hearing aid technology is continually developing and as forerunners in adopting the latest innovative wearable hearing technology, you will be provided with all the up to date information and accessibility to new products right here or through your local VR Speech And Hearing Clinic Audiologist.

Hearing aids are only going to become smarter at being able to understand your hearing needs in different environments and we want to be the first experts to show you new technology and how it can help you. Watch this space for new product launches.

When you trust your senses to keep you safe and sound – hearing clearly in every situation is a must.

Our latest generation of hearing aids use proven MotionCore technology to ensure you can always hear what’s important to you.
They are designed to be durable, practical and easy-to-use – and with nearly all our modelsbeing rechargeable, you can rely on Rexton in any situation, without needing to change batteries.

Hear what’s important wherever you go

M-Core B-Li hearing aids come completely rechargeable, even up to the High Power models with an unbelievable runtime of up to 61 hours on a single charge.

With proven MotionCore technology, M-Core B-Li hearing aids can automatically recognize and adapt to your environment better than ever.
MotionCore recognizes up to 20 times more individual hearing situations than previous models, so you can rely on Rexton whether you are on the job, spending time with your family, or taking a well-deserved break.

M-Core B-Li hearing aids are designed to be durable, practical and easy-to-use, so you can rely on Rexton in any situation. 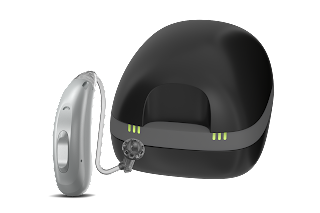 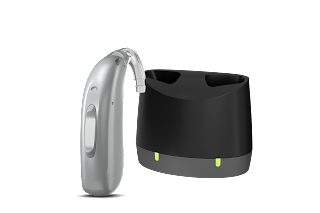 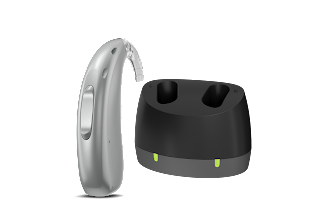 M-CORE B-Li HP
The most powerful hearing aid, the M-CORE B-Li HP is the smart choice for people with severe to profound hearing loss, combining the latest MotionCore technology with rechargeability.
Features:

Choose from 10 colors to match your personal style 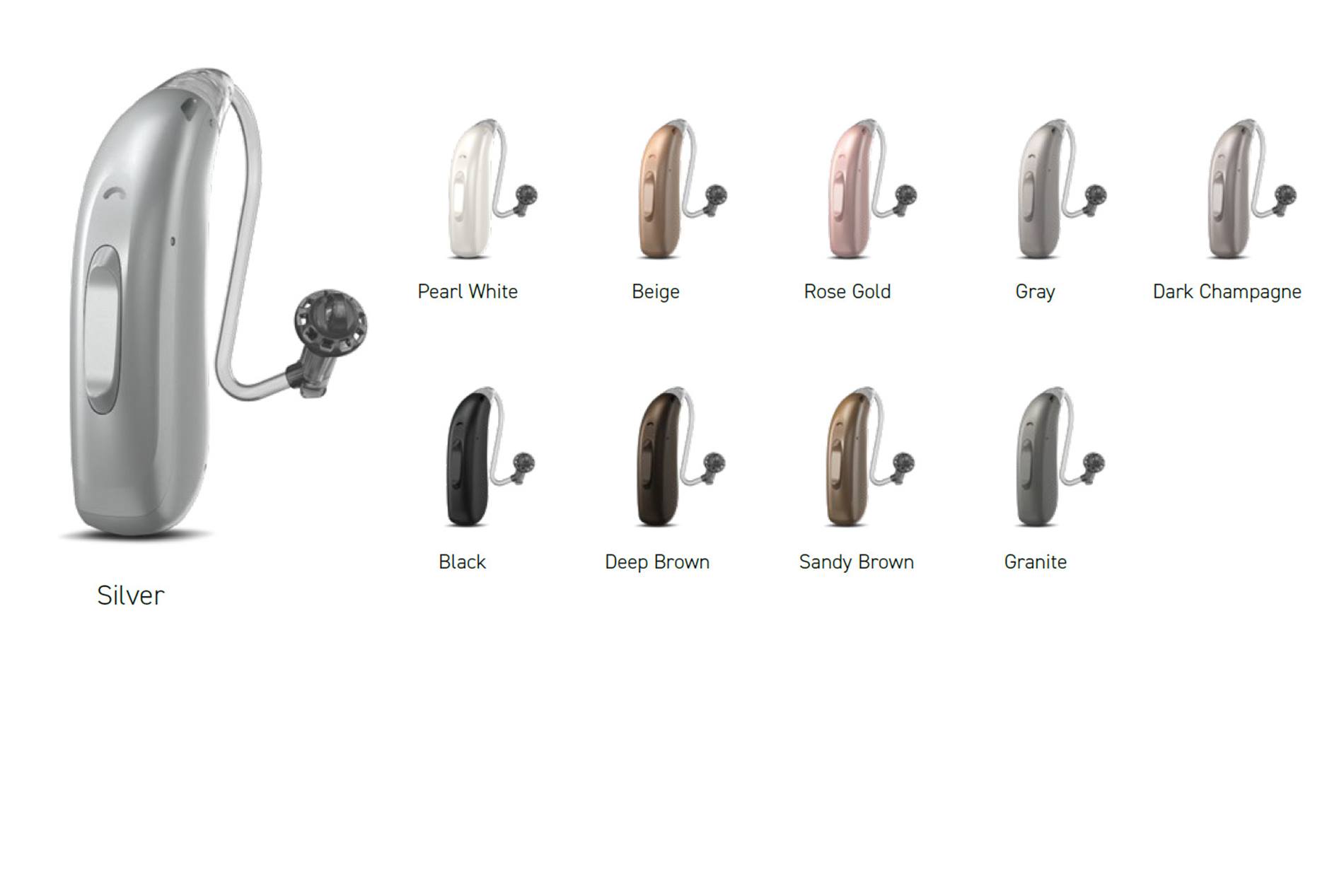 Rexton offers a variety of accessories to ensure you can rely on hearing what’s important – no matter
in which situation you are.
admin 0 Comments
Jul 19 2021

Stream from iOS, Android and billions of Bluetooth devices

Empowering all users regardless of smartphone operating system is a driving force behind Phonak Marvel. Audeo M is capable of binaural (two-ear) audio streaming from virtually any smartphone around the world.

With Marvel hearing aids you can enjoy a full day of hearing – including streaming – on a single charge. The Audeo M rechargeable hearing aid turns on automatically when taken out of the charger. The new mini charger is discreet and portable. The lithium-ion batteries are engineered to last 6 years.

Enhance your experience with smart apps

With Marvel hearing aids comes the introduction of a suite of convenient smart apps. The myPhonakapp allows your hearing aids to be adjusted in real-time, in any situation, anywhere via videocall by our Audiologist. The myCall-toText app provides live transcriptions of phone calls from the other party in more than 80 languages. This is ideal in noisy environments or if you prefer visual captions when talking on the phone. 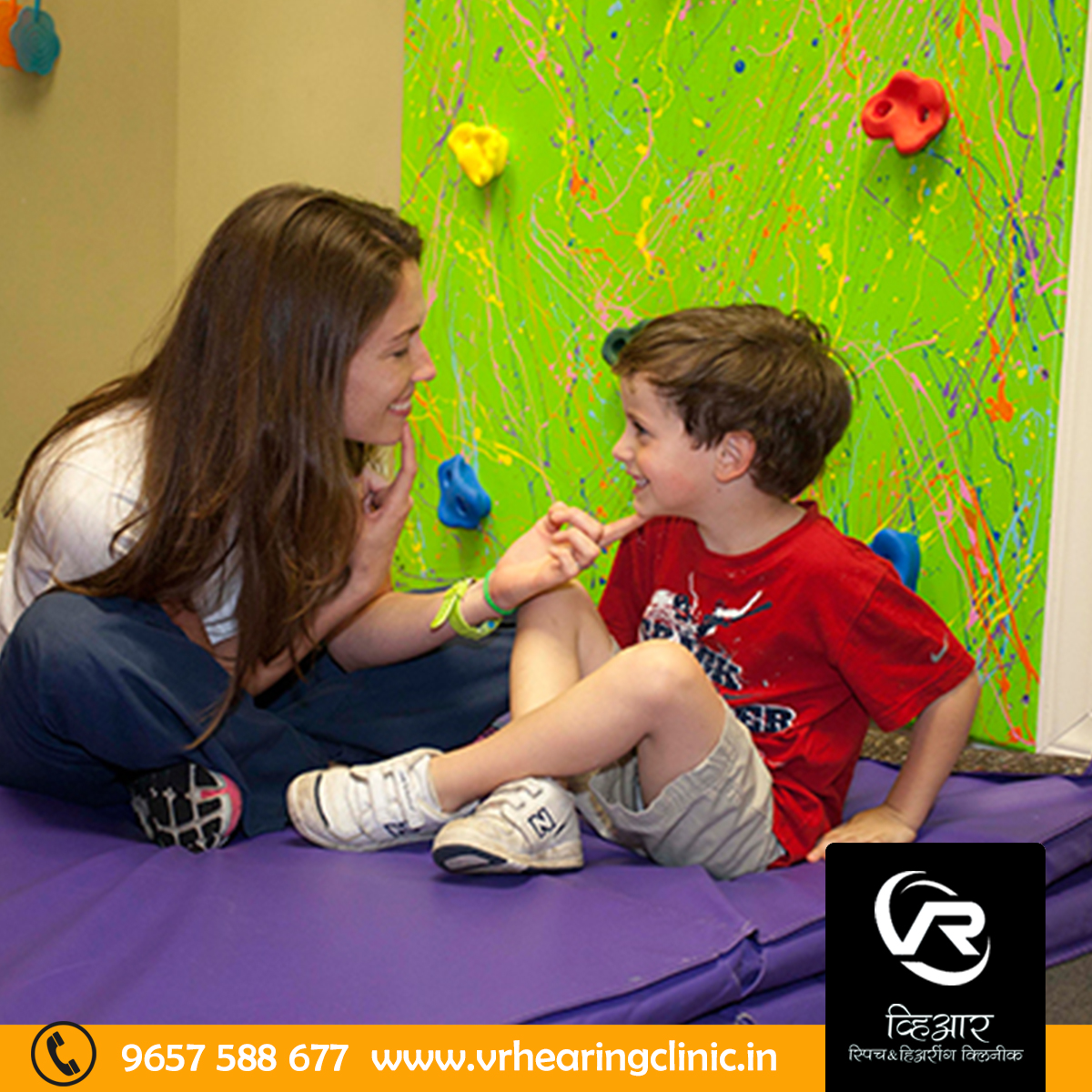 Occupational Therapy Doctor in Ahmednagar (OT) treatment focuses on serving to person or kids with a physical, sensory, or psychological feature incapacity (cognitive disability) is as freelance as doable altogether areas of their lives. OT will facilitate children with varied wants improve their psychological feature, physical, sensory, and motor skills and enhance their shallowness and sense of accomplishment.

Some persons might imagine that OT is barely for adults; children, after all, don’t have occupations. However a child’s main job is enjoying and learning and activity therapists will measure kids’ skills for enjoying, faculty performance, and daily activities and compare them with what’s developmentally applicable for that people.

Additionally, to managing associate someone’s physical well-being, OT practitioners address psychological, social, and environmental factors that may have an effect on functioning in several ways in which. This approach makes Occupational Therapy Doctor in Ahmednagar a significant a part of health take care of some children.

Kids who might need Occupational therapy Doctor in Ahmednagar.

According to the AOTA, children with these medical issues may get pleasure from Occupational Therapy in Ahmednagar.

How physio and OT different

There is 2 skilled levels of activity observe — activity expert (OT) and activity expert assistant (OTA).
Since 2007, associate OT should complete an academic degree program (previously, solely an academic degree was required). associate OTA is barely needed to finish associate’s syllabus and might perform treatment plans developed by the activity expert, however, cannot complete evaluations.
All physiatrics practitioners should complete supervised munition programs and pass a national certification examination. A license to observe is obligatory in most states, as ar continued education categories to take care of that licensure.

Occupational therapists add a spread of settings, including:

Vr Speech And Hearing Clinic is that the autism clinic that helps in autism treatment in Ahmednagar that helps for child therapy by our speech and occupational therapist. Autism is developmental disability. kids with syndrome, additionally referred to as autism spectrum disorder or ASD, have social, communication and language issues. They even have restricted and repetitive patterns of behavior, interests, or activities, like flipping objects, echolalia, or excessive smelling or touching of objects. Autism could also be mild or severe. All kids with syndrome do not have the precise same issues. Kids with syndrome might have the subsequent social and communication skills and customary behaviors.

How is syndrome diagnosed?

DIGNOSIS OF AUTISM TREATMENT IN AHMEDNAGAR

It is necessary to possess your kid evaluated by professionals for autism treatment in Ahmednagar who know autism. Speech-language pathologists (SLPs), generally as a part of a team, might diagnose syndrome. The team may embody pediatricians, neurologists, activity therapists, physical therapists, and organic process specialists, among others. SLPs play a key role as a result of issues with social skills and communication is typically the primary symptoms of syndrome. SLPs ought to be consulted early within the analysis method. There are variety of tests and empirical checklists accessible to gauge kids with developmental issues. The foremost necessary data, however, comes from folks and caregivers who know child best and might tell the SLP all regarding the child’s behavior.

What treatments are accessible for individuals with autism?

There is no known cure for autism in Ahmednagar. In some cases, medications and dietary restrictions might facilitate management symptoms. Intervention ought to begin once the kid is young. Early intervention and educational institution programs ar important. An analysis by SLP for Autism treatment in Ahmednagar ought to be completed to see social talent, communication, language, and behavior desires. An applicable treatment arranges that meets the requirements of the kid and family will then be established. Treatment might embody any combination of ancient speech and language approaches, augmentative and different communication, and behavioral interventions. It’s additionally necessary to possess the child’s hearing evaluated to rule out deafness.

ADHD (Attention Deficit upset Disorder) could be a organic process And behavioral disorder within which a baby or an adult systematically displays sure characteristic behaviors like basic cognitive process, upset and impulsive angle.

There was a time once kids with attention deficit disorder were abused to be naughty and dumb. However, currently it’s understood that they incorporate special attention by folks, members of the family, academics in addition because the society.

ADHD is one in all the foremost common disorders among kids (3-5%) and infrequently continues into adolescence and adulthood. it’s additional common in boys as compared to ladies, the magnitude relation being roughly 3:1 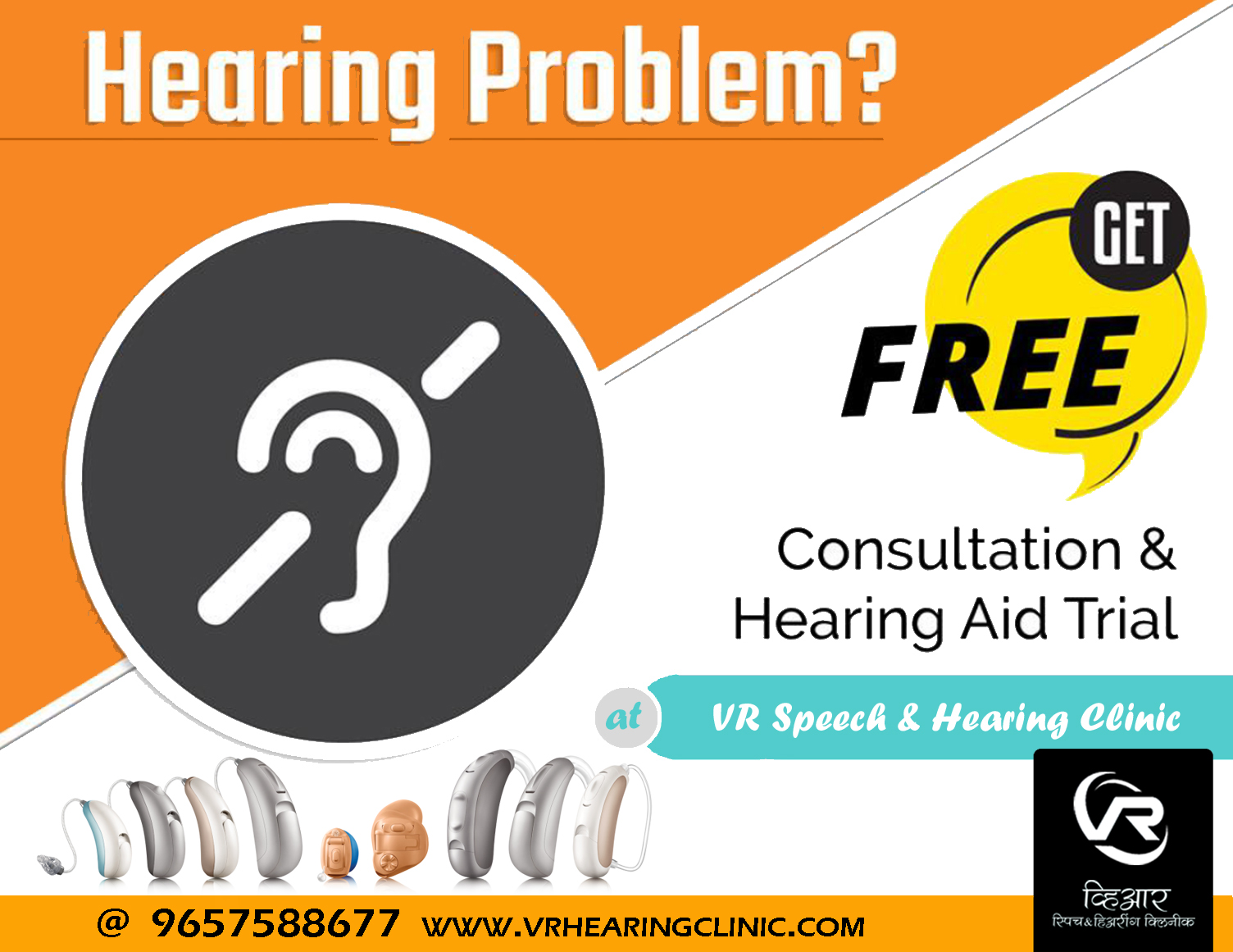 We, Vr Speech and Hearing Clinic, situated at Ahmednagar, Maharashtra are committed to provide world class hearing care to our valued customer. Life is miserable and impaired without the power to experience sounds and calls so we offer all types of hearing aids with a wide range of products. You can expect hearing aid equipment for all budgets with multiple facilities. We have made a name in the industry as one of the most customer-centric services.

Offers a wide range of choices when it comes to hearing aid devices.